VMU men’s basketball team is formed from university athletes with experience in basketball (graduating from basketball sports schools). Students who plan to study at Vytautas Magnus University in the future can train and play in the team. 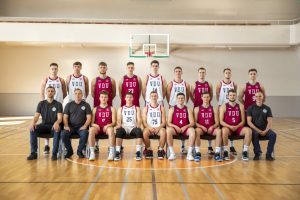