VMU women’s volleyball team is formed from selected athletes who have sufficient volleyball sports experience. This team can also include athlete students who are planning to study at Vytautas Magnus University in the future. 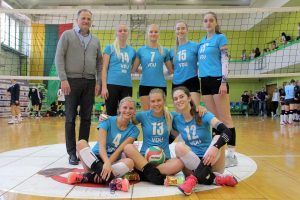